A huge thanks to everyone who participated! Now, lets roll! 🙂

trulyunplugged asked “what is the best kind of dream you’ve ever had (while you were sleeping, I mean)–can you describe it to us?”  Yes, I can. The best dream I’ve ever had was just a few days ago. I dreamed that I was 11 again, and for some strange reason I was in New York. As in The Battle of New York, with Loki and The Avengers. I managed to get to the top of Avengers Tower, then Stark Tower, and ran into Loki. He seemed a little surprised to see me and was going to throw me when Thor shows up. Loki suddenly decides to use me as a hostage, but being eleven I don’t get whats going on and I keep sassing him and joking around. I woke up before anything else happened. And yes, I do dream about superheros often. 😉

QuirkyVictorian asked “What is your favourite season (a) of the year ( b) of Sherlock?”           I will have to go with A, I’ve never seen Sherlock. My favorite season of the year is Autumn, not too hot, not too cold, it’s perfect!

mark schwartz asked “when you write, do you write in a series of bursts over time or just sit down and the “completed” story just streams out? (editing doesn’t count)” I usually write  bits and pieces, very randomly. As you can imagine, this isn’t very effective.

jessmcombs asked “what do you have planned for the next year of your life? What do you want to accomplish, learn, or forget over the next year?” I’m hoping to publish a short story I’ve been working on, I want to learn how to speak french, and I want to forget seeing my dad without a shirt.

Hermione asked “If you could go anywhere… (and not worry about cost or anything) where would you go? Would you prefer a fictional universe or somewhere here on earth?” Middle-earth. More specifically The Shire, all those fat little hobbits farming, drinking, and talking.

I would have a heart attack right then and there!!

ihaveabadsenseofhumor asked “What is your biggest fear?” 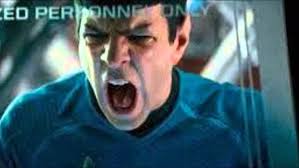 Again, thanks to all of y’all! Have a great weekend! .)

Alex is the oldest daughter of 8, soon to be 9, kids. They are all homeschooled. She enjoys reading, listening to music, and working outside. Alex is currently working on her first book. View more posts